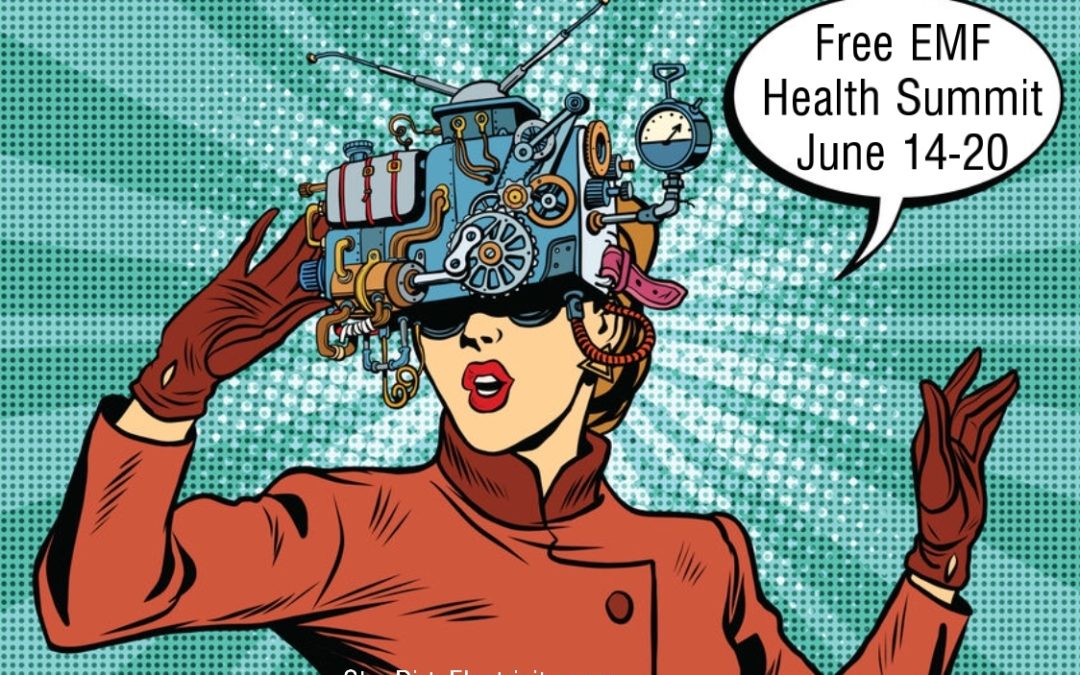 We’re Surrounded By Radiation 24/7… What Can You Do About It?

A new, “digital toxin” has arrived.
You’re bathed in it 24/7.
And it’s not going away anytime soon.

Experts are saying it’s causing symptoms of premature aging, including memory loss, inflammation and even cancer.

You know what I’m talking about.

EMFs, electromagnetic fields, cell phone radiation, smart meter radiation, WiFi, dirty electricity…. it goes under so many names.
Yet all too few people are aware of it.
And even fewer know what to do to protect themselves.

That’s why I’m excited to be speaking at the EMF Health Summit.
At the summit you will hear from 34 world leading experts who are also passionate.

I’ll be sharing ‘Why EMF’s are the Tobacco of the Digital Age: Strategies for Minimizing Your Exposure.
What You’ll Learn –

The EMF Health Summit is FREE and online from June 14-20, 2019.
Click here to sign up right away or get more information.
I’ll see you there.

Video – Cancer in Your Kitchen-Microwave 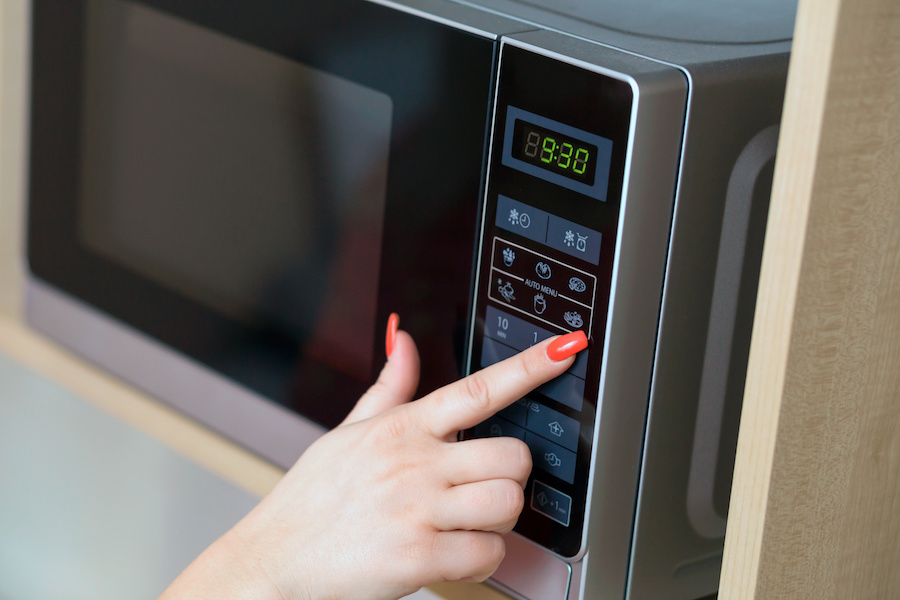 We’ve all heard that microwave ovens emit dangerous radiation.  But just how bad is it?  Watch this 1-minute video and find out the shocking truth!  You may even want to remove your pets while the microwave is being used.

Measure your risk today.  I love the Acousticom2 meter that was used in the video.  It is so easy to use.  Press 1 button and just look at the lights and listen to the sound.

After having watched this brief video, are you ready to walk out of the room when your microwave is in use?  And what about your pets?  Don’t they deserve to exit the area when that microwave oven is in use?

The Acousticom2 is used to measure the Electromagnetic Radiation from a microwave oven.  You can measure your own.  I guarantee you will be a “hit” at any party!  Seriously, this is something you will want to share with your friends and family to minimize their exposure to harmful, cancer-causing radiation.

Other wireless devices also put out high levels of Radiation which you can measure for yourself: 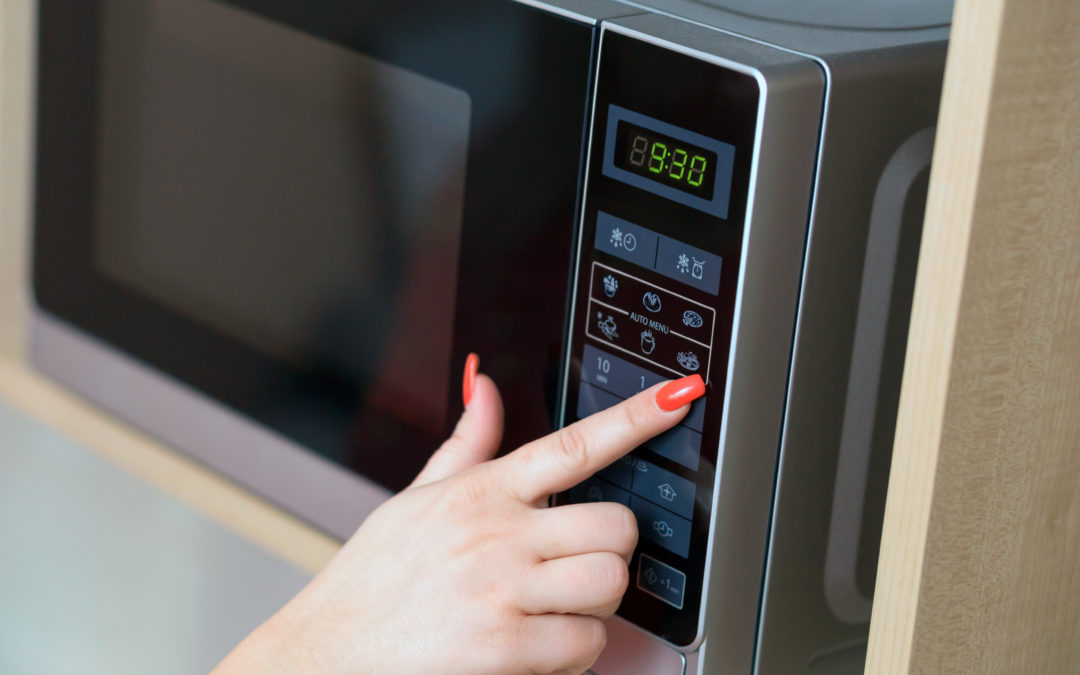 Microwave Ovens – Are they Hurting your Family? 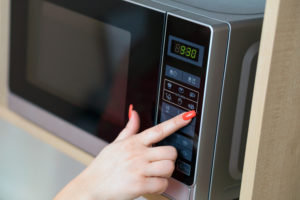 The Powerwatch organization from the UK has a lot to say about microwave ovens. Powerwatch’s mission is to help secure for the general public as safe an Electromagnetic environment as possible. A curious fact about microwave ovens, Powerwatch noted that after some 20 years of research into their use, the old Soviet Union banned the use of microwave ovens for heating food in 1976. The old Soviet Union decided that the dangers of a microwave oven outweighed the benefit of its speed in cooking food or heating water. But they were allowed again in 1987 under Perestroika by Gorbachev to be more like Western nations.
Specifically the Microwave oven cables and motor give off high Electromagnetic Radiation. Microwave radiation leaks from the seal around the door and through the glass of microwave ovens. The water molecules in the body are agitated to some degree by the microwave radiation. Powerwatch states that eyes are particularly vulnerable, as they contain large amounts of fluid and a lower blood supply to take away any heat. This is important with regard to children whose height and curiosity could lead to them watching the changes induced in microwave cooking from too close a distance. Even when a microwave oven is working correctly, the microwave levels within the kitchen are likely to be significantly higher than those from any nearby cell phone tower. The radiation created by microwave ovens will also travel through interior walls inside the home.

Microwaves Can Change Your Heart Rate 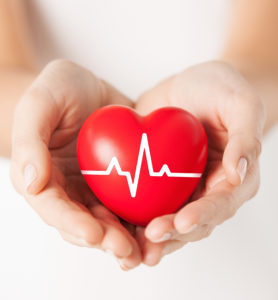 Heart Rates can be affected by Microwave ovens

You would think, with all these tests and regulations, that you’d be safe. However, again according to Powerwatch, a non-profit independent organization with a central role in the microwave radiation debate:
“We don’t really know if the current regulations about leakage are truly safe and recommends ovens be checked at least annually, since microwave oven emissions can change with normal use.”
Dr. Mercola states that it would certainly be wise to avoid letting your children near the microwave when it’s running, and avoid it yourself as much as possible—especially if you’re pregnant. Also, since your eyes are known to be particularly susceptible to microwave radiation (high microwave exposures are known to cause cataracts).

Although the information below is not related directly to Electromagnetic Radiation exposure to humans, I came across an interesting article by Richard Stossel. He stated that in an experiment, conducted at home for a high school science fair, the experiment has verified the dangers of microwaved water to plants and other organic matter. Specifically in the home experiment, filtered water was divided into two parts. One part would be microwaved and allowed to cool before being given to the plant, while the second part would be heated on a conventional stove and given to an identical plant. Results were observed over a nine day period. By the third day it was already clear that the plant given the microwaved water was not faring as well as its counterpart.
By the ninth day the microwaved plant was virtually nonexistent in its pot, having literally shrunk in size to just a few inches above the soil. The second plant was growing beautifully. 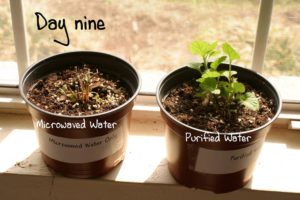 As this experiment clearly shows, microwaving your food, even if you are just reheating your tea, is definitely not a good idea. Our microwaved plant would agree if it could talk.
Additionally, Powerwatch along this same line, noted that the anthroposophist, A. Bohmert, reported the following effect that microwave heating had on water, a common component of all food products. Water samples were heated, some in a microwave oven and others conventionally, and then left to cool before use. These water samples were used to bring grain to germination. The grain in contact with microwaved water was the only one that did not germinate.

To measure these levels I would recommend a great meter to use, it is one of my favorites – the Acousticom 2 – WiFi / Wireless / RF meter. 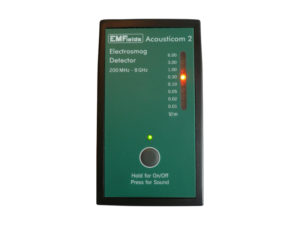 This meter is very simple to use, about the size of a deck of cards, with Green, Amber, Yellow, and Red LED lights – indicating increasingly harmful levels of WiFi / Wireless / RF radiation from microwave ovens. https://stopdirtyelectricity.com/wirelessrf/

This meter will also work on any device that is generating WiFi / Wireless / RF radiation in your home – such as a Smart TV, Baby Monitors, Cordless Phones, WiFi Routers, etc. It will also pick-up sources outside your home that are bleeding into your environment like cell towers, wireless routers from neighbors, Smart electrical meters – just to name a few. Check out this link for even more sources of WiFi / Wireless / RF radiation.

I have also produced a series of videos that will guide you through every room and each device in your home. The videos also covers harmful WiFI / Wireless devices outside of your home – how to measure them and what to do if high levels of radiation exist. https://stopdirtyelectricity.net/package-3-details-2/
Sources: