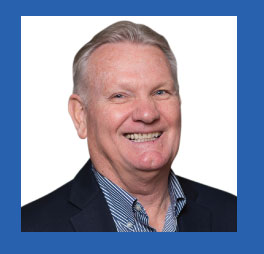 Bill Cadwallader is a Certified Electromagnetic Radiation Specialist and one of the International EMF experts featured at the International EMF Health Summit. Bill is the author of Exposed – The Electronic Sickening of America and How to Protect Yourself – Includes Dangers of 5G & Smart Devices and Co-Author of Quick & Easy EMF Guide – 99 Tips to Lower Exposure to Harmful Electromagnetic Radiation – now in Spanish as well. Bill has presented multiple times at the Annual Cancer Convention, multiple times at the Doctors Symposium in Los Angeles, and has taught at the Building Biology Institute. He serves as a coach for Building Biology Institute’s Apprentice Program.

Bill has spent his adult life working around technology from the time he joined the US Marine Corps to the time he retired as a Lieutenant Colonel (Reserves), as a post graduate student at Pepperdine University, and as a project manager in the aerospace industry in California, as well as working in the Information Technology Department for Clark County, Nevada.

Prior to consulting in electromagnetic radiation, he became concerned about the amount of radiation people were being exposed to in their daily lives. When a co-worker was diagnosed with brain cancer, Bill was shocked. He remembered that he always saw his co-worker on his cell phone, before meetings and after meetings. The brain tumor was located at the exact place where he held his cell phone to his head.

The man later died, after massive medical treatment. Bill knew something was very unsafe about the way people were using their cell phones and other electronic devices. After another acquaintance developed a tumor in his abdomen, right where he held his tablet every night to read, he knew he had to do something.

He also speaks extensively on solutions to harmful electromagnetic radiation. He can be reached at StopDirtyElectricity.com and at 702-845-5794.

Bill was born and raised in Bakersfield, California, and resides in Las Vegas, Nevada, with his wife, Lois.