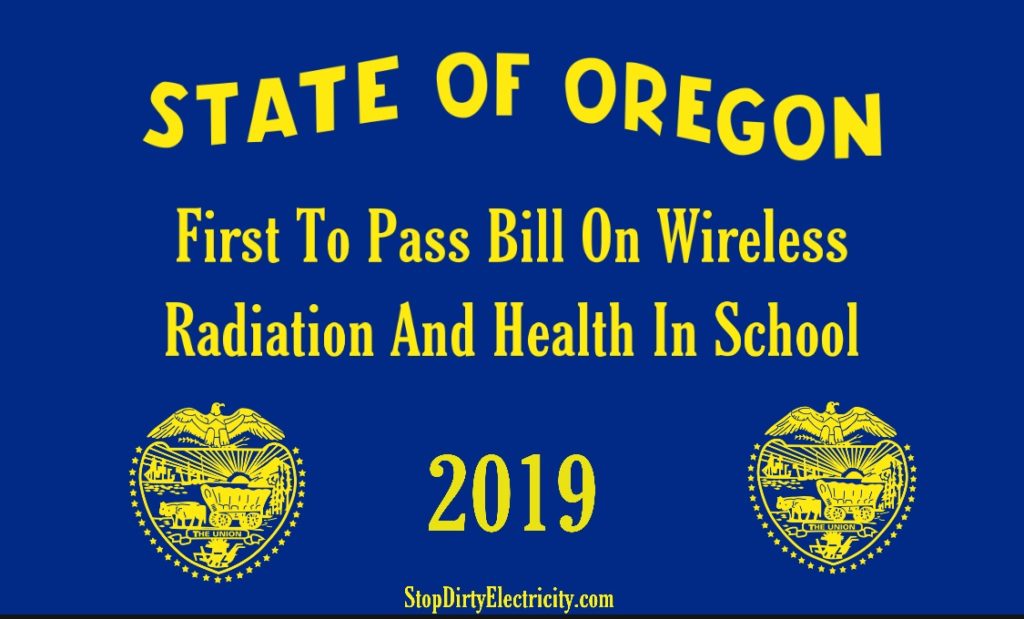 The state of Oregon has passed SB 283 “A bill relating to exposure to radiation in schools in this state; and declaring an emergency” Sen. Laurie Monnes-Anderson and advocate David Morrison have championed this issue for years.

This is the first bill in the United State with a focus on the health impact of wireless radiofrequency radiation in schools. During a March hearing, Morrison bought four boxes of documents with some of the thousands of independent studies concluding wireless radiation has biological effects.

Check out the rest of the story here:

First in the Nation: Oregon Passes State Bill on Wireless Radiation and Health in School