They Hacked A Coffee Maker 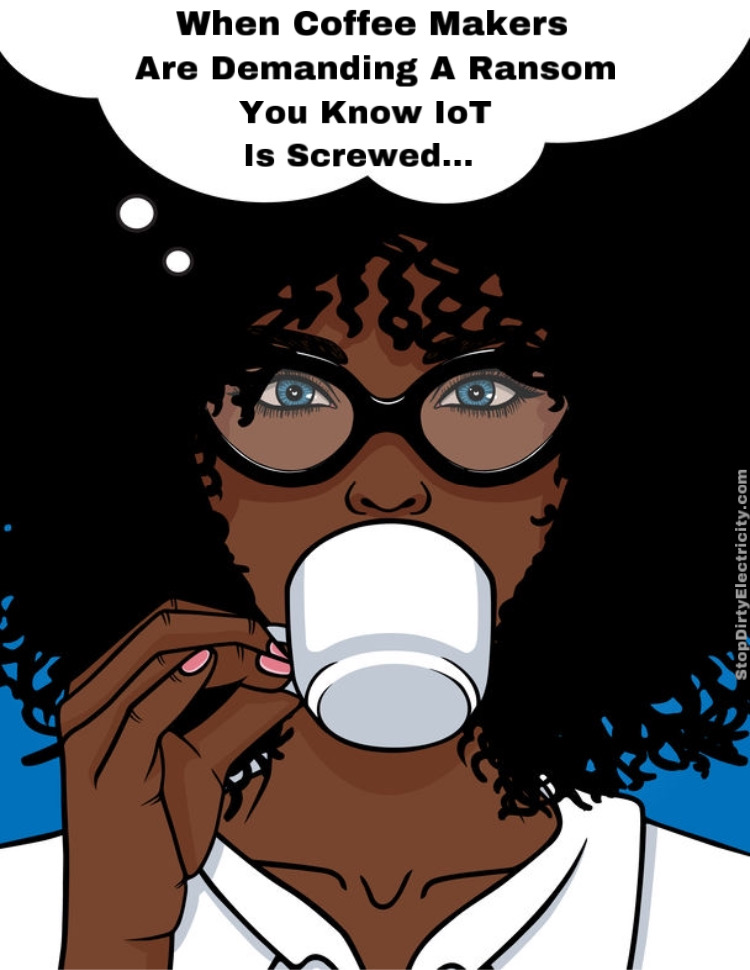 With the name Smarter, you might expect a network-connected kitchen appliance maker to be, well, smarter than companies selling conventional appliances. But in the case of the Smarter’s Internet-of-things coffee maker, you’d be wrong.
As a thought experiment a researcher reverse engineered one of the older coffee makers to see what kinds of hacks he could do with it. After just a week of effort, the unqualified answer was: quite a lot. Specifically, he could trigger the coffee maker to turn on the burner, dispense water, spin the bean grinder, and display a ransom message, all while beeping repeatedly. Oh, and by the way, the only way to stop the chaos was to unplug the power cord.
Yes, anything can be hacked. Welcome to the Internet of Things. If you haven’t heard this term before here’s a simple definition:
In the broadest sense, the term IoT encompasses everything connected to the internet, but it is increasingly being used to define objects that “talk” to each other. “Simply, the Internet of Things is made up of devices – from simple sensors to smartphones and wearables – connected together,”
Matthew Evans, the IoT programme head at techUK, says.
(Source: https://www.wired.co.uk/…/internet-of-things-what-is…)
But do we really need to be that connected? Do I need to start my coffee while I’m driving home from work at the expense of my privacy? What do you think?
Article here:
https://arstechnica.com/…/how-a-hacker-turned-a-250…/
10 Ways to Reduce EMFs NOW!
Click Here
10 Ways to Reduce EMFs NOW!
Click Here