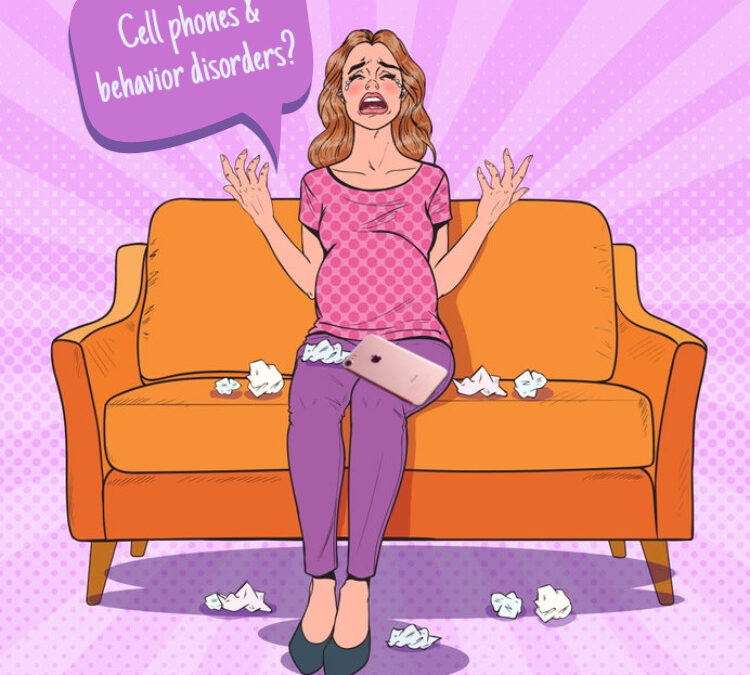 Exposure to radiation from cell phones during pregnancy affects the brain development of offspring, potentially leading to hyperactivity, Yale School of Medicine researchers have determined.

The results, based on studies in mice, are published in the March 15 issue of Scientific Reports, a Nature publication.

“This is the first experimental evidence that fetal exposure to radiofrequency radiation from cellular telephones does in fact affect adult behavior,”   professor and chief of the Division of Reproductive Endocrinology and Infertility in the Department of Obstetrics, Gynecology & Reproductive Sciences.

Taylor and co-authors exposed pregnant mice to radiation from a muted and silenced cell phone positioned above the cage and placed on an active phone call for the duration of the trial. A control group of mice was kept under the same conditions but with the phone deactivated.

The team measured the brain electrical activity of adult mice that were exposed to radiation as fetuses, and conducted a battery of psychological and behavioral tests. They found that the mice that were exposed to radiation tended to be more hyperactive and had reduced memory capacity. Taylor attributed the behavioral changes to an effect during pregnancy on the development of neurons in the prefrontal cortex region of the brain.

Attention deficit hyperactivity disorder (ADHD), is a developmental disorder associated with neuropathology localized primarily to the same brain region, and is characterized by inattention and hyperactivity.

“We have shown that behavioral problems in mice that resemble ADHD are caused by cell phone exposure in the womb,” said Taylor. “The rise in behavioral disorders in human children may be in part due to fetal cellular telephone irradiation exposure.”

Taylor said that further research is needed in humans to better understand the mechanisms behind these findings and to establish safe exposure limits during pregnancy. Nevertheless, he said, limiting exposure of the fetus seems warranted.

First author Tamir Aldad added that rodent pregnancies last only 19 days and offspring are born with a less-developed brain than human babies, so further research is needed to determine if the potential risks of exposure to radiation during human pregnancy are similar.

“Cell phones were used in this study to mimic potential human exposure but future research will instead use standard electromagnetic field generators to more precisely define the level of exposure,” said Aldad.

Other Yale authors on the study include Geliang Gan and Xiao-Bing Gao.

The study was funded by grants from the Eunice Kennedy Shriver National Institute of Child Health & Human Development, and Environment and Human Health, Inc.